The larger terminals are Multilock 070, select terminals according to wire cross-sectional area. 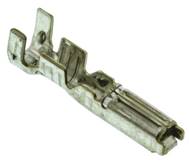 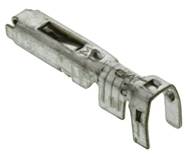 The smaller terminals are Multilock 040 and should look like the pictures below.

NB: Multilock II 040 and 070 series terminals are also available which appear as shown below with large raised tabs at the sides below. These are not compatible with the immobiliser connector housing and will not latch into place in the correct position and orientation.

DO NOT use a standard ratchet crimper for F-type open barrel terminals as shown below left. The terminals are too small and end up crimped too flat and wide to fit the connector housing. Instead, DO use something like the good quality Molex service pliers show below right. These allow the conductor and insulator to be crimped separately to appropriate dimensions. 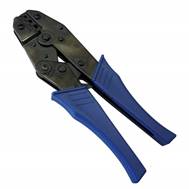 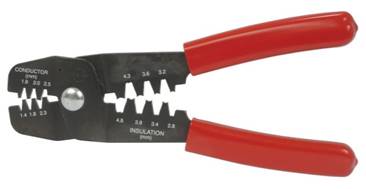 I have found that following crimp sizes work well:

The terminals are still then generally crimped a little wide to fit the housing properly. The crimped portion should not be wider than the box section of the terminal body. Although not entirely satisfactory I have had good results by further squeezing the terminals laterally using flat face pliers. If you make sure that the box section is also between the jaws of the pliers it acts as a stop and prevents the crimps from being damaged. The terminals bodies are surprisingly strong and will not be damaged by a firm pressure here. It is certainly possible to apply enough pressure the flatted in the sides of the crimped are without damaging the rest of the terminal. 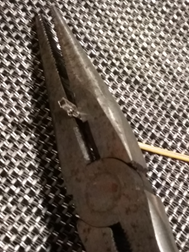